Most Expensive Cars Of 2013 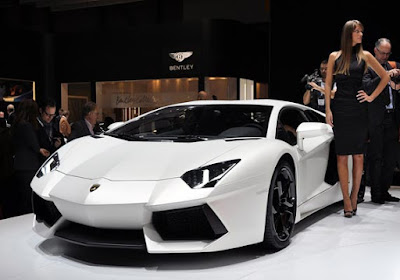 Over the past few years, the automotive industry has developed a lot: cars got faster, more secure, more luxurious and ultimately, a lot more expensive than they used to be. Nowadays, it is not uncommon for expensive cars to cost up to several million dollars, but many claim that this is surely a great long-term investment. Here is a deeper insight into the top 10 most expensive cars of 2013:

Porsche is certainly one of the most appreciated car manufacturers, and the Spyder model is very sought-after these days. If you are a fan of this car model, then you can purchase it for approximately $850,000. What makes the Porsche Spyder stand out from the rest is that it can accelerate to 60 miles per hour in less than three seconds, a performance that not many cars are able to reach nowadays! If you think this is an expensive car, wait until you see the following models.

Produced by the popular English automotive manufacturer McLaren, the McLaren P1 comes with a price tag of little over one million dollars, and this is basically a hybrid supercar that has a 3.8 liter twin-turbo engine and over 900 horsepower. This can be considered a fast and efficient Formula 1 car, and although it can get you to 60 mph in less than three seconds just like the Porsche Spyder, the car’s top speed is of only 217 miles per hour.

Ferrari is another popular car manufacturer that has made a name for itself by providing elegant, luxurious and high-speed car models. This also applies to the La Ferrari model – if you want to have one in your garage, you will need to pay up to $1.3 million for it. With over 780 horsepower, the La Ferrari comes with a KERS system and it allows you to accelerate to 120 miles per hour in no more than 7 seconds. This car is certainly a masterpiece from all points of view!

With a price tag of no less than $1.4 million, the Maybach Landaulet is surely worthy of a place in the list of top 10 most expensive cars in the world. With a V12 engine and a twin-turbo transmission, the Landaulet weighs over 7,000 lbs, it has a power of little over 600 MP and it is surely a stylish and fashionable car.